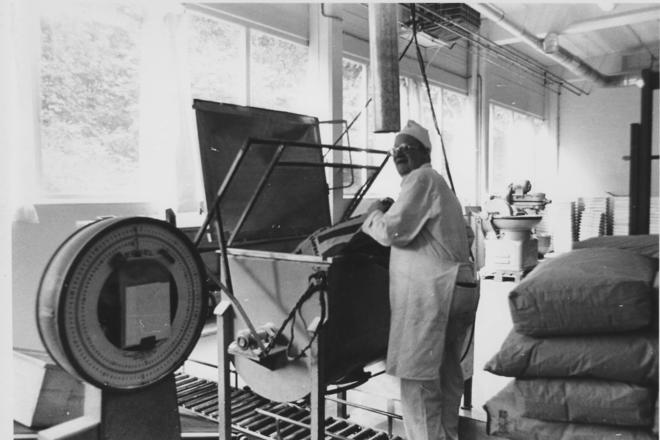 1953/1954
Started production of preparedness products for the military defence.

1956
International sales started and, as the first company specialized in this field globally, Compact’s export sales grew to a 95 % share of the total production.

1957
Started production of Seven OceanS Emergency Rations for lifeboats and life rafts on request from Norwegian ship-owners. The Norwegian ships sailed all over the world and soon the demand increased. A worldwide network of distributors was built up in the years to follow.

1965
The jam/marmalade/fruit spread-part of the company was sold.
Production of compressed meat blocks for the German military defence important.

1992
Compact AS Denmark was founded to strengthen the company's position in the European Union. The first EU certified BP-5 product was produced (non-fortified).

2010
GC Rieber AS acquired Compact AS.

2018
We celebrate our 70 year anniversary and update our plant in South Africa with first-class equipment to further improve our products and handle larger volumes.